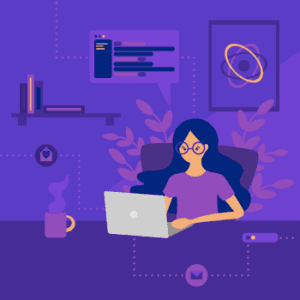 The practice of science has been a source of fascination and confusion for many over the years. It’s a world full of jargon and complicated data that have no real-life application. So, it takes a while to explain that if you look beyond the jargon, most things we do eventually impact people’s daily lives. This is where social media has played an important and often overlooked role as a broadcaster of scientific information and debates.

In the last five to six years, the number of active scientists on social media sites (mainly Twitter) has increased exponentially. This has led to an explosion of scientific ideas and discussion on various current scientific topics. If you believe in the six degrees of separation rule, many people who otherwise would not have been part of such discussions get drawn into them as a result. These discussions in a public sphere, rather than a small conference room, between leading experts in any field have allowed many to see all sides of an argument and then draw their own conclusions.

This has metaphorically lifted the curtain between the public and the scientific process, giving millions of people a glimpse into how debate and facts generally mold scientific thinking. Also, the nature of the medium has forced scientists to explain their ideas and thoughts in a concise and, most of the time, jargon-free manner.

This is not to say that social media has only been useful to disseminate scientific ideas. These platforms have also helped scientists to highlight many issues within our community—racism, lack of representation, sexual harassment, lack of childcare facilities in conferences, inappropriately named meetings, the financial burden for a trainee to attend meetings, and more. There have also been discussions on the publication and grant review processes.

The reach of these platforms has helped scientists who are physically separated by thousands of miles to connect on common issues and amplify their voices to compel relevant authorities to take action.

Like most things in life, social media platforms have their dark sides, too. The presence of an audience sometimes makes scientists overreach and grandstand on some issues. It also sometimes serves as a medium to gang up on and bully other scientists who might have a different view on a topic or worse, name and shame somebody who might not be present on the medium and hence, unable to defend themselves.

But it falls upon us as a community to monitor and call out such behavior when we see it. These media have resulted in an unprecedented level of focus on science and the scientists that produce it. We now have a platform to disseminate our ideas to a larger audience. It is up to us to see that we do not make it a platform for misinformation and hate and risk turning the public away, because insularity and inbreeding will only lead to extinction.