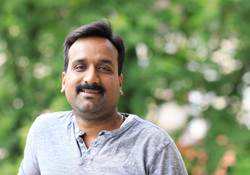 To fully capture the variation of the human genome it is important to sample from as many diverse groups as possible. In a recent publication in AJHG, Ajai K. Pathak and colleagues contribute to this effort by profiling the genetic background of four novel groups with long record of presence in Northwest India. They characterize these populations in the context of both neighboring groups and ancient DNA. One group, the Ror, has a higher proportion of western Eurasean genetic background than previously genotyped groups and is therefore a better proxy for the Ancestral North Indian ancestry, and can be used in demographic modeling of South Asians. Populations from this geographic area provide a rich resource for understanding prehistoric human patterns, as it was the location of early Harappan Civilization with heterogeneous composition that persist in modern day populations.

Training & Development Committee: Could you describe your research for us?

Mr. Pathak: Broadly, I am interested in human evolutionary genetics and apply approaches from population genetics and computational biology to decode evolutionary and adaptive aspects of humans across the globe. Specifically, I study the genetic variation and structure of human populations of South Asia and West Eurasia. I use genome data from modern and ancient individuals to identify ancestry compositions and selection signals of diverse ethnic groups that might be handy for medical genetics and human health.

TDC: What are your career goals?

Mr. Pathak: I am keen to answer many unresolved mysteries of human evolution and medical genetics by utilizing growing number of modern and ancient genomes. Specifically, I would like to investigate South Asian populations that harbour highest genetic diversity among all non-Africans in order to improve global health. aDNA especially is crucial for providing a better understanding of the peopling and diseases of the past, and to grasp the changes modern humans have gone through in terms of genetic ancestry, adaptation and disease profiles. Additionally, I would like to contribute to science advocacy and outreach by blogging/social media etc., including educating the public in popgen and evolutionary concepts.

TDC: Why did you choose genetics as your field of study?

Mr. Pathak: Biology has been a fascinating subject for me since schooling, and genetics exists in the core of it. During college, Mendel’s laws of inheritances attracted me, and later studies showing how genetics can trace human origin, diversity, and adaptations, fuelled it up. Genetics has enormous potential to reveal hidden facts of human race. When coupled with multidisciplinary approaches of archaeology/palaeontology/computational biology/comparative genomics, it is even more promising to address not only the issue of complex origin of modern humans, but also tackle health issues.

TDC: If you could pick three words that describe yourself, what would they be?

The Trainee Paper Spotlight highlights outstanding papers written by trainee members of ASHG. Submit your science to be featured, and join the ASHG Trainee Forum to keep up with new ones.

Want more of this kind of content? Resource Link