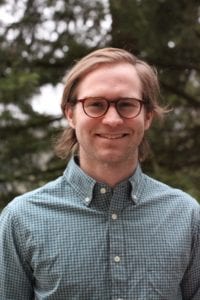 Mighell et al (2018) present a methodology and framework for functional interpretation of protein coding variants to establish genotype-phenotype relationships of variants observed in human populations. The interpretation of rare genetic variants, especially amino acid substitutions, is one of the premier challenges of clinical genetics today.

This study looks specifically at the PTEN gene, known to be involved in certain cancers as well as responsible for Mendelian disorders, and attempts to generate functional interpretations for every possible amino acid substitution. The results of this study are invaluable to DNA diagnostic labs, research labs working on PTEN, and individuals who carry variants in PTEN. Additionally, it provides an example of a framework of how to functionally test genetic variants at saturation level scale for other genes.

Mr. Mighell: Understanding the link between genotype and phenotype is a foundational pursuit of biology, but we have only recently been able to do this on a comprehensive scale. My graduate research has focused on building complete maps of the effects of mutations on protein function by integrating state-of-the-art DNA synthesis, sequencing, and machine learning methods. I believe that these maps will be fundamental in understanding pathobiology of human disease as well as serve as tools for genomic medicine.

Mr. Mighell: I would like to spend my career investigating how genes and genomes function, how they came to function that way, and what happens when they are altered. I also hope to be an advocate for science education as a mentor for future scientists.

Mr. Mighell: I see genetics as the natural starting point for understanding biology, considering the genome is the closest thing to a biological blueprint that exists. Also, in the last several years, there has been an absolute explosion in both hardware and software technologies in the field. Coupling this conceptual allure with the fast-paced technological advancements makes genetics an exhilarating field to work in.

The Trainee Paper Spotlight highlights outstanding papers written by trainee members of ASHG.  Submit your science to be featured, and join the ASHG Trainee Forum to keep up with new ones.