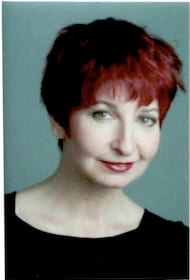 Last month, Canada’s Supreme Court issued a key decision on the Genetic Non-Discrimination Act (GNDA), a law passed by the Canadian Parliament in 2017 and supported by ASHG.  GNDA protects individuals from being required to undergo genetic testing or share their genetic information, such as with insurance companies and employers.

We sat down with Barbara Kagedan to learn more about the law and the significance of the Supreme Court decision.  Ms. Kagedan is a lawyer who served as a policy advisor to Canadian Parliamentarians and Cabinet Ministers for over 25 years, including serving as Director of Policy to Senator Jim Cowan, the leading sponsor of GNDA.

ASHG: What led to GNDA being introduced in the Parliament of Canada?  What is the connection with genetic research?

Ms. Kagedan: I worked on hundreds of meaningful files in my decades of work as a political staffer on Parliament Hill.  However, none was as personal to me as the Genetic Non-Discrimination Act (GNDA). Looking back, it was the personal stories from Canadians that drove the bill throughout its legislative history, and indeed it was a personal story that led to its development in the first place.

After someone close to me was diagnosed with breast cancer and then learned, to her surprise, that she had a BRCA1 genetic mutation, I asked a genetic counsellor whether there were privacy safeguards for people who wanted genetic testing.  She told me that, unlike in many other Western countries, there was no law in Canada providing protection from genetic discrimination.  She talked about the problems this was causing for many Canadians. I raised the issue with Senator Cowan and he agreed that we should address this gap in Canadian law.

Senator Cowan and I met with representatives of several health charities, who described how genetic discrimination was impeding both the clinical care of many Canadians, and their participation in clinical studies that might lead to treatments or cures of genetic diseases, such as Huntington’s Disease.  Not long after, Senator Cowan first tabled the bill that would become the GNDA.

ASHG: You had to overcome a number of challenges before the Canadian Parliament passed the bill.  What made the difference?

Ms. Kagedan: The law was strongly opposed in Parliament by the life insurance industry and, to our disappointment, the federal (national) government.  Without question, we overcame this opposition because of the extraordinary team of people who assembled in support of the law, and because of the many, many individual Canadians who came forward to share their own stories with their elected officials.

Early in the process we met Bev Heim-Myers, who was then the CEO of the Huntington Society of Canada.  The lack of protection of genetic information was having a big impact on families in the Huntington community, and especially on their willingness to participate in clinical research studies.  She enlisted other Canadian health charities and together formed the Canadian Coalition for Genetic Fairness.  They were a critical partner, explaining through real stories why the legislation was so necessary.

Leading geneticists across the country, including Dr. Ronald Cohn and Dr. Gail Graham, also provided powerful testimony before parliamentary committees, explaining how the lack of a law was affecting their ability to care for their patients.  They were joined by genetic scientists, such as Dr. Stephen Scherer, who testified about the impact on research, and Dr. Yvonne Bombard, genomics scientist.

And throughout the process, Canadians came forward and said, “Let me tell you my story.”   Those stories, of the real impact the lack of a law was having on Canadian families, made the difference.  And finally, leadership mattered.  Without Senator Cowan’s determination, dedication and political experience, and that of Rob Oliphant, who sponsored the bill in the House of Commons, the GNDA would not be law today.

ASHG: How does the law compare with laws protecting against genetic discrimination in other countries?

Ms. Kagedan: Most national laws protecting against genetic discrimination focus on who is engaging in certain conduct, such as employers and certain kinds of insurance companies.  In contrast, the GNDA doesn’t distinguish between sectors or industries – it applies across the board, to everyone who provides a good or service or enters into a contract with someone. The law says that certain actions are not permitted, no matter who you are.  It applies to employers, life and other insurance companies, landlords, condominium boards, and schools, to name a few. Everyone is bound to observe the law or face criminal penalties. There are limited exceptions for healthcare practitioners and research.

Similar to other laws around the world, the GNDA states that no one is permitted to require someone to take a genetic test, or to require someone to disclose the results of a prior genetic test.  And we added a third prohibition, that is not as common in the national laws that we reviewed.  This prohibits anyone from collecting, using or disclosing someone’s genetic test information without their written consent.  In an age when so much personal information is stored on-line, this prohibition may become very important.  If a third party comes into possession of someone’s genetic test information without their consent, this prohibition would apply to prevent them from collecting, using or disclosing it.

ASHG: GNDA became a law three years ago but is back in the news because of a decision by Canada’s Supreme Court.  Why is the Supreme Court’s decision significant?

Ms. Kagedan: Despite its passage by the Canadian Parliament, the life insurance industry and, unusually, the government maintained their opposition to the law, arguing that it fell within provincial, not federal jurisdiction under the Canadian Constitution’s division of powers.  They challenged its constitutionality in court, first in the Quebec Court of Appeal and then before the Supreme Court of Canada.

The Supreme Court of Canada issued its decision on July 10, 2020, and held (in a 5:4 decision) that the law does properly fall within federal jurisdiction.  As a result, it is now settled that the law is valid and must be respected by all, across Canada.  The ruling also made clear that the GNDA is paramount over provincial laws to the extent of any conflict in operation.  So, as detailed in the decision, provincial legislation that requires someone seeking health or life insurance to disclose all material health information would not operate so as to require the individual to disclose genetic test results.

ASHG: Why is the law important for research and clinical care across Canada?

Ms. Kagedan: When the GNDA was being studied by Parliament, Dr. Ronald Cohn testified before several parliamentary committees, sharing heartbreaking stories of patients, including young children, who could not be helped without genetic testing, but who could not consent to the testing for fear of genetic discrimination.  He said, “Genetic discrimination interferes with our ability to provide high-quality, safe, and best-standard clinical care to our patients, something that, in part, can be paralyzing for us as health care providers.”

He also spoke about the impact the lack of protection was having on research.  He described a research study where he offered free whole-genome sequencing to the families of 200 children with serious medical conditions.  The families, as he described, were at first elated at the prospect of something that might lead to a diagnosis of their children’s conditions.  But then, because of fear of genetic discrimination, over 35 per cent of the families concluded they had to decline to participate.

Now, Dr. Cohn has told us that fear of genetic discrimination is not an issue for their patients.  The GNDA has eliminated this concern for both research and clinical care across Canada.

ASHG: Finally, how does it feel to know that the GNDA will be implemented as you hoped?

Ms. Kagedan: It feels wonderful!  It is tremendously satisfying to know that this very short law (it is only 3 pages long) has cleared the path for all Canadians to benefit from the incredible advances in genetic science.  As Senator Cowan said, the decision whether or not to take a genetic test is a very personal one.  There are many reasons why someone might choose not to have genetic testing.  But fear of genetic discrimination should not be one of those reasons.