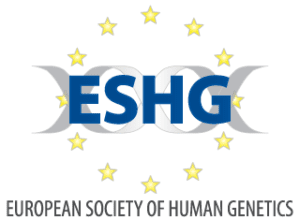 BETHESDA, MD, USA and VIENNA, AUSTRIA – Two of the world’s largest professional societies of human geneticists have issued a joint position statement on the promise and challenges of non-invasive prenatal testing (NIPT), a new procedure to test blood drawn from pregnant mothers for Down syndrome and other chromosomal disorders in the fetus. The document addresses the current scope of and likely future improvements in NIPT technology, ways it may best fit with existing prenatal screening tools and protocols, options and priorities in its implementation, and associated social and ethical issues.

Current prenatal screening protocols for common structural abnormalities in the chromosomes vary among countries and medical practices. Generally, though, pregnant women are offered a combined first-trimester screening (cFTS), a risk assessment test based on blood and ultrasound markers. Women who receive abnormal cFTS results undergo a second step of testing to confirm or deny whether the fetus has a chromosomal abnormality such as Down syndrome. This second step involves invasive procedures, such as amniocentesis, that in 0.5-1% of cases may lead to a miscarriage.

One important drawback of cFTS is the high rate of false alarms that lead to invasive procedures that put pregnancies at risk when the fetus is actually chromosomally normal. The main benefit of NIPT, apart from a significantly higher detection rate, is that it dramatically lowers the false alarm rate from about 5% to about 0.2%, making prenatal screening more accurate and safe. This is achieved by analyzing fragments of DNA in maternal blood, some of which provides information about the fetus. The fact that this ‘fetal DNA’ actually derives from the placenta is one reason why NIPT is not fully reliable. An important implication of this is that women who receive an abnormal NIPT result should still be advised to confirm this result through a second step of testing if they are considering a termination of pregnancy, the statement authors write.

The authors explored the benefits and drawbacks of various ways to implement NIPT, such as adding it to the current two-step process or using it to replace cFTS. As NIPT is significantly more expensive, the cost per test would need to be reduced considerably for the latter option to be feasible in fully funded prenatal screening programs, they noted. They also considered implications of the technology, including pressures on women to undergo the test and act upon the results, and the loss of ultrasound data that would indicate fetal problems if that step is removed from the screening process.

“Throughout our discussion, we kept in mind that the goal of prenatal screening is to enable autonomous, informed reproductive choices by pregnant women and their partners, not to prevent the birth of children with specific abnormalities,” said Yvonne Bombard, PhD, 2014 chair of the ASHG Social Issues Committee.

The two committees also addressed emerging advances in NIPT technology that would allow testing for additional genetic conditions, such as rare microdeletion syndromes and syndromes that interfere with sexual development. They noted that as NIPT grows to include more conditions – producing results of varying certainty – pre-test genetic counseling will become significantly more complex.

“We are concerned about prematurely expanding NIPT beyond Down syndrome and a few other chromosomal abnormalities to include rare conditions for which it may not be sufficiently validated, or of which the clinical implications may not be fully understood. For example, parents-to-be will have to make difficult choices about how to act upon abnormal results for such conditions,” said Wybo Dondorp, PhD, first author of the statement.

“A related concern about prematurely expanding the scope of the test is that it will reverse the significant decrease in false alarms and subsequent need for follow-up diagnostic procedures, which has been regarded as the main gain of NIPT in prenatal screening,” said Diana Bianchi, MD, a member of the ASHG Social Issues Committee and co-author on the statement.

The statement authors also considered the longer-term question of how extensive prenatal genetic screening should be, and emphasized the role of infrastructure in enabling responsible use of NIPT. Priorities included educating health professionals and the public about its benefits and limitations, promoting equal access despite cost issues, controlling the quality of pre-test counseling and laboratory practices, and systematically evaluating the whole process. In all, the two committees published ten recommendations for the broader implementation of NIPT, including suggested next steps.

“We are excited about the potential of NIPT to produce more accurate results and reduce the need for invasive testing,” said Martina Cornel, MD, PhD, chair of the ESHG Public and Professional Policy Committee. “However, in view of its future potential, the responsible introduction and expansion of this technology remains an important challenge. In countries where prenatal screening is offered as a public health service, governments and public health authorities should take a more active role in this regard.”

About the American Society of Human Genetics (ASHG)

Founded in 1948, the American Society of Human Genetics is the primary professional membership organization for human genetics specialists worldwide. Its nearly 8,000 members include researchers, academicians, clinicians, laboratory practice professionals, genetic counselors, nurses, and others with an interest in human genetics. The Society serves scientists, health professionals, and the public by providing forums to: (1) share research results through the ASHG Annual Meeting and in The American Journal of Human Genetics; (2) advance genetic research by advocating for research support; (3) educate current and future genetics professionals, health care providers, advocates, policymakers, educators, students, and the public about all aspects of human genetics; and (4) promote genetic services and support responsible social and scientific policies. For more information, visit: http://www.ashg.org.

About the European Society of Human Genetics (ESHG)

The European Society of Human Genetics is a non-profit organization. Founded in 1967, its aims are to promote research in basic and applied human and medical genetics, to ensure high standards in clinical practice and to facilitate contacts between all persons who share these aims, particularly those working in Europe. The Society encourages and seeks to integrate research and its translation into clinical benefits and professional and public education in all areas of human genetics. For more information, visit: http://www.eshg.org.