ASHG’s Facing our History – Building an Equitable Future initiative is underway and as facilitator of the effort, I wanted to take a moment to update you – ASHG’s membership – on this key dialogue and work to date. I also want to encourage you to participate in an important forum on September 14 to engage with us directly as we acknowledge and assess ASHG’s early roots in eugenics, times when ASHG was silent on important public or scientific topics, and growing dialogue and progress in recent decades.

Announced in December 2021, our initiative is tasked to document and reckon with ASHG’s roots and contributions to scientific racism and other past harms, as well as identify shifts toward justice. The outcome will be presented to the Board of Directors in December and will inform concrete actions and the Society’s broader future. The board approved this important work in fall of 2020 as part of an expanded ASHG focus on equity, diversity, and inclusion that builds on major growth of these values in our Annual Meeting program and training initiatives, as well as career development, public engagement, and advocacy.

As then-ASHG President Gail Jarvik, MD, PhD, noted last December in a press release, “we must pledge to confront eugenics, racism, and other systemic inequities and its effects on the genetics and genomic community.” She stated that “Together, we can move the field forward by rejecting discredited notions and past harms that divide our one humanity and embrace an inclusive vision for profound health benefits of genetic research.” Current President Charles Rotimi has augmented these calls, most recently in his spring Messenger column.

Many scientific and medical communities are or have undertaken analogous efforts to acknowledge their contributions to racism and past harms, including the American Medical Association and the American Psychological Association. However, this effort has unique and challenging importance for human genetics. As the Society approaches its 75th anniversary, we look to the next quarter century in which health and health care will be deeply transformed by genomic knowledge and medicine. In just the last few years, genomic knowledge has saved lives, created transformative treatments, and enabled an unprecedently fast response to the COVID-19 pandemic. I know each ASHG member is working hard to realize that future – in our labs, in government agencies, in industry. But building an equitable future must rely on a foundation that is sturdy and strong, and that must mean looking back at our history to acknowledge, learn, and reckon with it.

Driven by an Expert Panel with diverse expertise and experience

By design, the initiative is guided by an expert panel that includes acclaimed scholars from both within and outside ASHG’s member community and broad expertise across the human genetics and genomics ecosystem. Expert Panel members include historians, geneticists, physician-scientists, equity advocates, business leaders, and ELSI scholars (see list of members).  Together, they have helped to shape the areas of primary focus, provided feedback on initial findings, and are helping to identify key themes and insights for potential ASHG action.

When forming the initiative, the Board of Directors recognized ASHG’s primary role and capacity as a biomedical research organization. Thus, it established some parameters for the work. Recognizing that ASHG was not positioned to undertake a comprehensive analysis of all of human genetics and its earliest roots or to produce an exhaustive academic historical work, the Board directed the initiative to focus primarily on ASHG and the time since its founding, with some reference where appropriate to earlier antecedent views that may have contributed to the Society’s foundational views. It also set the focus on both contributions to harms and pivots toward justice over the course of the Society’s seven decades.

Over the last six months, the initiative staff, consultants, and expert panel members have undertaken substantial early research and discussion, and have begun to center on several key themes:

Early Roots and Member Views: The group anticipated that one of the early and important areas of focus would be the roles and views of early founders and leaders of ASHG. Founded in 1948, the Society was created to establish a formal community of research and medical professionals to advance research and publish a journal specific to human genetics. The first issue of the American Journal of Human Genetics includes an overview by H.J. Muller, an ASHG founder and AJHG’s first editor-in-chief. Pursuing those goals followed the end of World War II and the wrongful use – and at times complicity – of scientific pursuits to perpetuate atrocities. The time period also coincided with the continued activism of the American eugenics movement. The Expert Panel is reviewing in detail overlapping memberships between ASHG and the American Eugenics Society during the first decades of ASHG’s establishment, and the potential harms undertaken, or views expressed by prominent Society members at the time.

ASHG’s response in pivotal moments of the social justice movement:  Today, many professional societies are increasingly vocal about the impacts or relevance of their fields on broader societal factors and movements. But what was ASHG’s stance at important moments in history? The Expert Panel is considering and debating such moments, with an emphasis on the period of the 1960s’ civil rights movement when human genetics topics were frequently and erroneously used to provide false foundations for discrimination or perpetuate racism, during which ASHG appeared to have been silent.

Increasing attention to ethical and societal considerations of human genetics:  As the human genome project and its forerunners were taking flight, the community became increasingly active in discussions around discrimination, race, ancestry, and global ethics. Dialogues in human genetics—among both those advocating for human genetics research and those critical of misuses—began to give greater consideration and inclusion to societal harms and resulting ethical frameworks, albeit sporadically and haltingly. The Expert Panel is considering whether and how the community and ASHG engaged through this time and whether progress was made toward building a more robust and inclusive dialogue about humanity.

Increasing the visibility and consistency of diversity, equity, and inclusion in ASHG programs and advocacy. Due both to recognition from within the ASHG community and larger societal forces, ASHG and the broad research community have made meaningful strides in the last 5-7 years to build a more equitable future for human genetics and more assertively reject the misuse of genetics — with much more work to do. The Expert Panel is observing that progress and the Society’s commitment to continued advocacy.

Examples of scientific racism in human genetics research agendas and progress toward change: In addition to key themes, the panel expects to highlight some of the scientific and medical implications of racism or social injustice in human genetics for those from historically marginalized groups. Several features will highlight members from underrepresented groups who were early champions of diversity within the society; provide examples of how racism slowed work on important conditions more prevalent among these communities; and describe how ASHG is reflecting and changing its actions to ensure human genetics better serves people everywhere.

Why this matters for our collective future 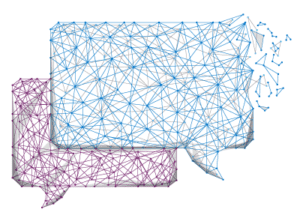 As a former board member, chair of the ASHG DEI Task Force, and current facilitator of this initiative, I am extremely humbled and proud of this difficult but important initiative. I believe it is an essential and foundational part of achieving ASHG’s vision that people everywhere realize the benefits of genetics and genomics research. We are a research community leveraging a transformative technology for biology and it is rapidly becoming a powerful way to diagnose and treat disease and improve health care. We seek to embrace an inclusive vision for profound health benefits of genetic research. Many in our community have not experienced or borne witness to these historic harms; yet we as members, must collectively lend our voices and shape our actions to achieve the equitable future we desire.

Acknowledging and rejecting wrongs is vital to our mission and vision– to creating a more diverse and inclusive workforce; to increasing trust and transparency with the research participants we value and need; and to engaging patients with the promise and progress of genomic medicine.

Please join us on September 14 to add your voice to this dialogue – we want to hear from you, our members, as part of our process and work.  And in pursuit of our collective brighter research future, we look forward to sharing the results, however difficult, with you in the new year.