Each month, the editors of The American Journal of Human Genetics interview an author of a recently published paper. This month we check in with Steven Micheletti, PhD to discuss his paper “Genetic Consequences of the Transatlantic Slave Trade in the Americas”.

AJHG: What prompted you to start working on this project? 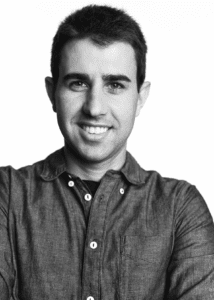 Steven: The co-authors and I had the idea years ago to investigate this troubling time in history with the intention of providing people of African descent with a better understanding of their origins. This was dependent on obtaining genetic data from participants representing Atlantic Africa and the Americas, which was only recently attainable. As we conducted analyses that predicted African ancestry in people of the Americas, we realized our results supported historical accounts of racist and dehumanizing acts that were endemic to the slave trade. Therefore, one of our major goals became not only to describe the genetic landscape created by the slave trade, but also to highlight the hardships people of African descent had to endure and their deep contributions to the history, economy, and culture of the Americas.

AJHG: What about this paper/project most excites you?

Steven: As a population geneticist, I’m very grateful to have explored genetic connections between diverse populations across the Atlantic and contributed to a growing collection of studies on human migrations. However, interpreting the results from this paper was dependent on our interactions with historians and scholars of African American studies. With this, it was very exciting to discuss results with experts in fields outside of genetics and incorporate their perspectives. These interdisciplinary collaborations can be few and far between but really expand the scope of studies that address historical events with genetic data.

AJHG: Thinking about the bigger picture, what implications do you see from this work for the larger human genetics community?

Steven: This work adds to the collection of population genetic studies that describe genetic diversity across the world. At the same time, it highlights inhumane acts committed by dozens of nations for centuries and inequality in people of African descent. These findings were not only achieved through combining genetics with quantitative records of voyages across the Atlantic, but also through considering personal accounts captured in books and diaries. To this end, our study reinforces the need to consider literature from outside of the field of genetics when interpreting population-level data. In addition, our work implies a need for diverse representation in genetic research, which has been noted by other recent publications as well.

AJHG: What advice do you have for trainees/young scientists?

Steven: I believe the most impactful scientific pieces stem from creativity. Ingenuity is especially important when trying to communicate results outside of a specific field. Therefore, I am in favor of scientists being creative with their work whenever possible. This may surface in how one visualizes their data or how they address a hypothesis. I can’t tell you how many times I was able to get someone interested in a research topic based on a single captivating figure in a paper. With that, I advise taking time to expand your illustrating abilities and think deeply about ways to address scientific questions.

AJHG: And for fun, tell us something about your life outside of the lab.

Steven: One of my more unique hobbies is field herping, or searching for reptiles or amphibians. It’s kind of like going on a hike with the goal of finding as many species of reptiles and amphibians as possible. This hobby initially got me interested in the biodiversity of the world which branched into the field of genetics. Related to this, I also own a uromastyx lizard named Jon Hambone.

Steven Micheletti, PhD is a Scientist at 23andMe.