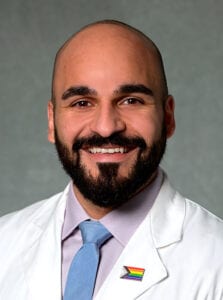 This paper by Drivas et al. addresses the intersection of rare and complex genetics from an interesting clinical perspective. The authors hypothesize that genetic variation in Mendelian genes underlying primary ciliopathies, rare monogenic disorders with distinct clinical presentations, could also be associated with common complex traits. They used UK Biobank genotype and phenotype data, in conjunction with GTEx data, to analyze genetic variants in 122 ciliary genes with 12 laboratory traits. Eight novel associations that also replicated in meta-analysis were identified, in addition to 27 previously known associations. Pathway analysis integrating genomic, eQTL and tissue expression data and associated traits suggested that ciliary genes are widely expressed but that genetic variation in distinct ciliary compartments was differentially associated with phenotypes. The paper encourages a reconsideration of the role that the cilium has in common complex disease and human pathophysiology more broadly.

Dr. Drivas: The overarching goal of my research is to better understand human genetics to diagnose and treat disease, both in individual patients and on a population level. My particular interests lie in the intersection of genomics and rare Mendelian disease, and at the interface between common and rare variant genetics. I have a special focus on the genetics of disease related to the primary cilium, an organelle that I fell in love with during my doctoral training.

Dr. Drivas: As a Physician Scientist and Clinical Geneticist, it is my goal to run a lab at a major academic medical center working to address fundamental unanswered questions about human genetics, genomics, and rare disease. I hope to integrate my research and clinical interests into a unified basic research and clinical program to make innovative and important discoveries in the field of genetics to more quickly develop the treatments that my patients desperately need.

Dr. Drivas: I’m clearly just a little bit biased, but I believe that all disease is at least in part genetic! The field of genetics has produced some of the scientific community’s greatest discoveries, and has the potential to revolutionize our ability to treat disease – from the identification of novel therapeutic drug targets, to the incredible promise of gene therapy, to the integration of personal genetics and precision medicine into routine patient care. We’re standing at a major turning point for the clinical and research genetics communities, and I’m so thrilled to be beginning my career at such an exciting time for the field.