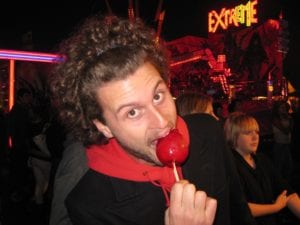 Tracing the Route of Modern Humans out of Africa by Using 225 Human Genome Sequences from Ethiopians and Egyptians. Pagani, Luca et al. The American Journal of Human Genetics, Volume 96, Issue 6, 986 – 991.

This paper explores one of the early questions in the field of human population genetics: the whereabouts of the expansion out of Africa that brought modern humans to colonize the rest of the world in the last ~60,000 years. Specifically, this manuscript tries to reconstruct whether the main path followed by those human populations involved a Southern or a Northern route out of Africa.

To evaluate these options, the authors contrast sequence information from Egyptian and Ethiopian genomes with a panel of Eurasians, showing that Egyptians are the modern Africa population harboring the strongest signal of that past migration and, hence, favoring a northern exit as the most likely route out of Africa. This paper has important implications in understanding early human migrations.

Dr. Pagani: I was always fascinated by the sudden expansion that led our species to colonize most of the continents in less than a few thousand years. I am hence interested in reconstructing, from a genomic standpoint, the dynamics (both routes and demographic parameters) of that major event in our history. Along with that I am also interested in the genetic adaptation events that followed the occupation of diverse environmental niches out of Africa.

Dr. Pagani: After a PhD at the University of Cambridge I have carried out two postdoctoral experiences, one at the Wellcome Trust Sanger Institute, UK and the other at the University of Cambridge. My plan for the future is to set up a research group in Italy (my home country), perhaps as part of an internationally funded project. By this way I hope to expand my current network of collaborations and to transfer skills and knowledge between research groups.

Dr. Pagani: Despite my background as a molecular biologist, I always had an interest in human evolution and how different environments shaped our biology and lifestyles. I therefore realized that genetics, of the tools I had at reach, was ideal to tackle questions related to our evolutionary past.

This choice took place in 2007, just before the “genomic revolution”. Needless to say, the potential I had seen in the field back then has now expanded so much, that almost every day we witness the unveiling of more and more thrilling chapters of our long gone history.

ASHG: Describe yourself in three words.

The Trainee Paper Spotlight highlights outstanding papers written by trainee members of ASHG.  Submit your science to be featured, and join the ASHG Trainee Forum to keep up with new ones.